I look for the effect that artificial light is standing out on the shadow or on the darkness of the night.

The lighting effects have always mesmerized me. In fact my earliest memories are of me sitting in the backseat inside a car traveling at night. My siblings had not been born yet, so I must have been less than 3 years old and my parents were in front taking turns driving, I know why I deduce it since I was not looking at them. I looked at the stars, the stars were so beautiful, flickering their light at night and invading my head with thousands of questions and answers. As the car moved I wondered why the star was not moving and this was non-stop. Since then and forever, for my family, I was a girl absorbed in my own world. Now I realize that I was in everyone’s world, absorbed by the light.

United by a common harmony and energy, PAINT-DEMIA emerged, a collective of twelve national and international artists united thanks to one of the Madrid art week fairs. same common thread, we want to show the experiences lived during confinement.

II have been included in the “Dictionary of Plastic Artists” of Pozuelo. It is a living and open document in which artists can continue to be incorporated.

During the presentation of the project, the mayor of the city highlighted that this dictionary is shows “the extraordinary record of creativity of our plastic artists” and has highlighted the sensitivity of the population “to all forms of cultural expression”.

The first mayor has also recognized the work of the curator of this project, Jesús Gironés and highlighted that “thanks to its broad impetus, we will enjoy this dictionary, with this public counter and open to art with capital letters.”

The exhibition of some of the works of these artists can be visited at the MIRA Cultural Space until Saturday April 13, in the morning and afternoon. 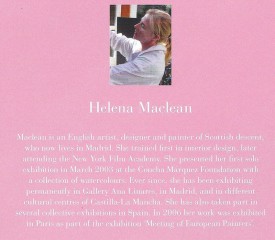 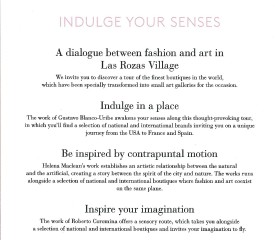