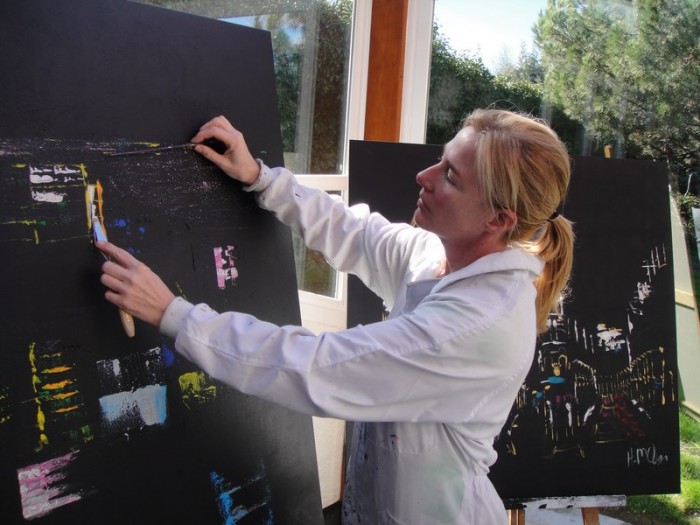 I was born in Westminster, London

“WINDOW THROUGH WHICH YOU WILL BE ABLE TO FEEL”
Listen to your inner music and you’re painting over and over again one last concern. Many issues remain; in my case cities like New York or Madrid 4 towers though I feel the need to express them from another point of view, in another color, another material and will not stop until I feel satisfied. That is the inner music …
Helena MacLean: “Recent concerns”

Scottish artist and English designer of Scottish descent based in Madrid. She trained in Interior Design, first, and at the New York Film Academy, later.
She presented her first solo exhibition in March 2003 at the Concha Márquez Foundation, with a collection of watercolors. Since then and to date, has been permanently exhibiting at the Ana Linares Gallery, in Madrid, and in different cultural centers of Castilla La Mancha.
In parallel, she has carried out several collective exhibitions in Spain, of which the traveling exhibition in 2007, on “The woman and its influence”, that took place in the Conde Duque Museum, and later, in the Valparaíso Palace of Almagro. In 2006 she exhibited in Paris with a collective meeting of European painters ̈, beginning her career at an international level. In 2008 shewas part of the VIII Ibero-American Meeting of Women in Art, with a beautiful exhibition that took place in Chiapas, Mexico.

In 2011 she was once again part of the collective exhibition, “Meeting of European Painters”, in Frankfurt, Germany. In 2013 she represent the town of Las Rozas de Madrid in the triangular exhibition between Rozas, Villebon, Liederbach.
It is in 2017 when she starts exhibiting at Contemporary Art Fairs, such as Art Fair Málaga and BERLINER LISTE 2017.

In 2018, I just participated in HYBRID ART FAIR & FESTIVAL and just launched my first monographic exhibition in the Juca Claret art gallery, from 2 March to 12 April of 2018.
In June I was in Malaga’s ART & Breakfast Art Fair and right now I have just been in o2wcmanuelbecerra summer exhibition in Madrid.
I have just returned from my first exhibition in Portugal,
Downtown Chiado Contemporary Exhibition  Lisbon 2019.
Exhibiting at the Plastic Artist Dictionary of Pozuelo and exhibiting at Stand 27 of the 1st Edition of ARTIST 2020, Contemporary Art Fair, at Madrid.In 2019 he makes his first exhibition in Portugal, an exhibition at the Meeting Art Gallery “Downtown Chiado Contemporary Exhibition “Lisboa 2019!
In 2020 he exhibits at ARTIST EXPERIENCE, Fundación Carlos Amberes, Madrid.
She now exhibits at JUSTMAD 2022, as one of the artists invited by the Juca Claret Art Gallery. 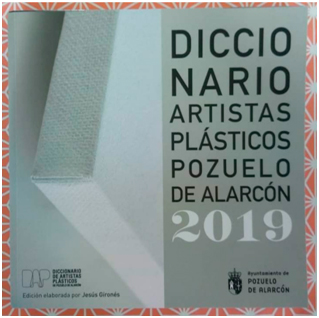